Finding the way back to Humanity

The novel Singularity 1.0 ends in the year 2030, just 10 short years from now, and 2.0 takes us another decade into the future.
It’s 2039 and for the most part life is good for humans in the majority of countries in the world. It’s far from perfect, but still much improved from life at the turn of the 21st century, and a great deal better than the 20th or any earlier era are working to build infrastructure to create barriers against rising waters, improve structures for homes and businesses that are wind and weather tolerant, educate humans as to the cyclical nature of weather changes over time, and address the effects of industrial and human involvement that have contributed to pollution and climate variation.
What could be the down side for the human race? 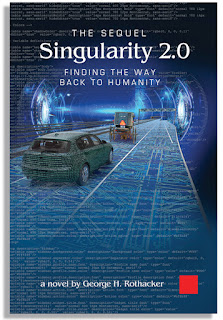 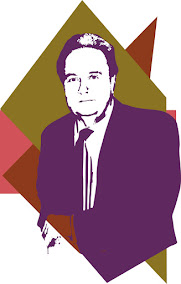 George Rothacker has worked in the business of creating art and telling stories for more than 50 years. During that time he has run an advertising and design firm, created historical documentaries, and most recently written a trilogy of speculative novels spanning the years the years 2029 to 2056, and a memoir based on his 50 years of making art. He is currently working with the Jimmy Stewart Museum on a documentary celebrating the composers who wrote the musical scores for Hollywood from the 1930s through the 1960s. George lives in Villanova, Pennsylvania with his wife Barbara, his muse and also a professional communications designer.